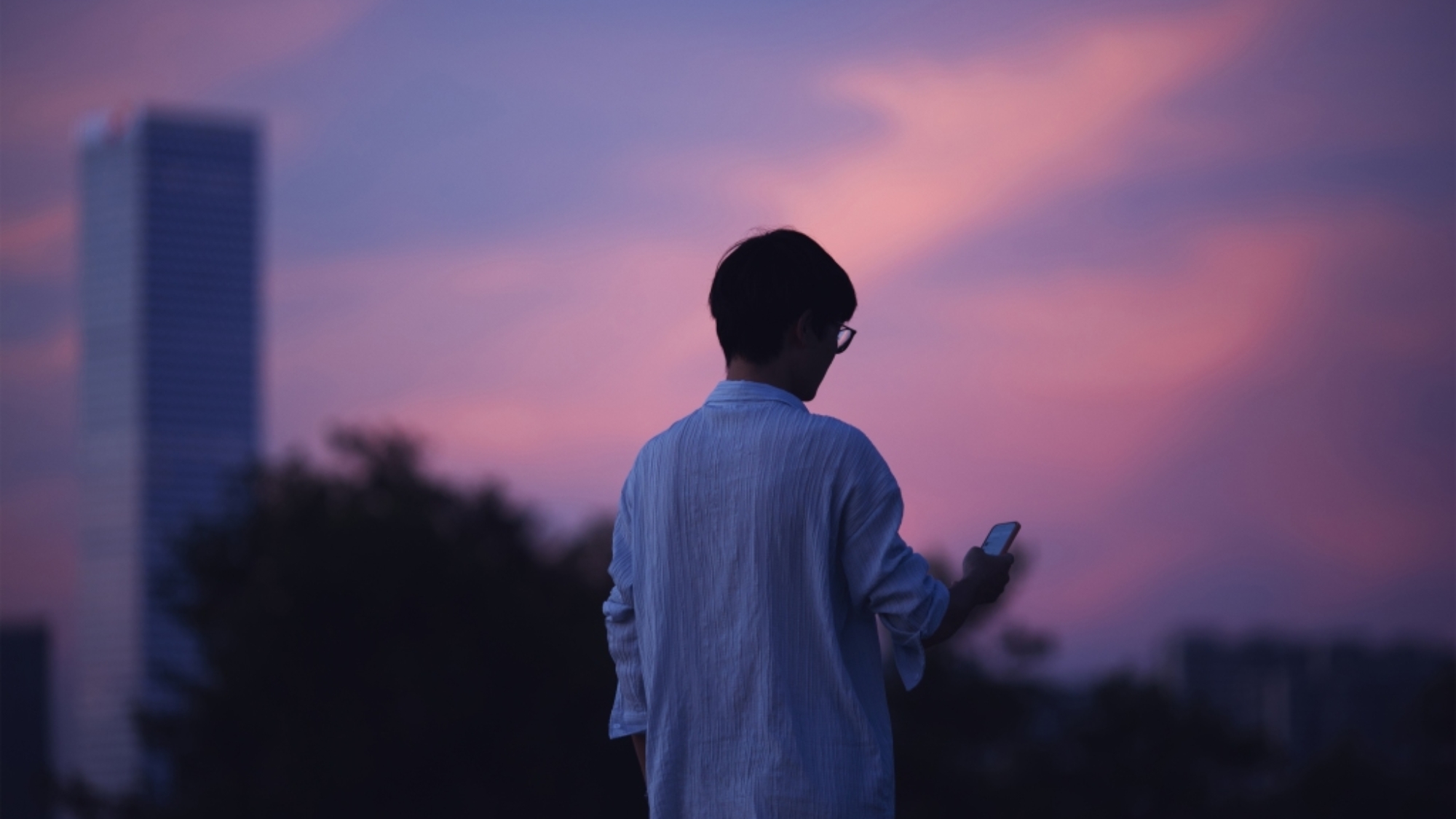 If you or someone you know is thinking of suicide, help is available. Various resources are listed at the bottom of this article.

When the 988 Suicide & Crisis Lifeline launched last month, many mental health providers, researchers, and advocates celebrated. Although a national suicide hotline had existed for years, finally there was an easy-to-remember three-digit number for people to call, they said. The shorter number would serve as an alternative to 911 for mental health emergencies.

But not everyone felt the same way. Some advocates and people who had experiences with the mental health system took to social media to voice concerns about 988 and warn people not to call it.

One Instagram post said, “988 is not friendly. Don’t call it, don’t post it, don’t share it, without knowing the risks.” The post, which had garnered nearly a quarter of a million likes as of early August, went on to list the risks as police involvement, involuntary treatment at emergency rooms or psychiatric hospitals, and the emotional and financial toll of those experiences.

Other posts on Instagram and Twitter conveyed similar concerns, saying that the hotline sends law enforcement officers to check on people at risk of suicide without their consent and that people, especially from LGBTQ+ communities and communities of color, may be forced into treatment.

So is 988 a critical mental health resource or a cause for concern? We decided to dig into these questions, figure out how 988 works, and explain what you need to know before dialing.

Why Are Some People Saying Not to Call 988?

We reached out to the creators of some of the social media posts to ask them directly.

Liz Winston, who authored the Instagram post calling 988 “not friendly,” said she wanted people to understand all the potential outcomes of calling so they wouldn’t be blindsided by the “traumatizing system” that she experienced.

Last summer, Winston was having suicidal thoughts and visited a hospital in New York. She hoped to speak with a psychiatrist but instead was involuntarily detained in the psychiatric wing of the emergency room. She said that she did not receive any counseling during the 24 hours she spent there and that the experience was “extremely traumatic.”

Winston hadn’t called the hotline, but she said those who do can end up in a similar situation. It’s true that when police respond to calls about people in mental health crises, they often take them to an emergency room or psychiatric hospital.

“I realize there is an urge to rescue people in crisis, but the reality is the services that exist make the problem much, much worse,” said Winston, who works in mental health peer support and has started an online support group for people recovering from involuntary treatment.

Research shows suicide rates increase drastically in the months after people are discharged from psychiatric hospitals. Those who were sent involuntarily are more likely to attempt suicide than those who chose to go, and involuntary commitments can make young people less likely to disclose their suicidal feelings in the future. Some people also get stuck with large bills for treatment they didn’t want.

Emily Krebs, a suicide researcher and assistant professor joining Fordham University this fall, said that in the U.S. involuntary treatment is viewed as a necessary part of suicide prevention but that other countries don’t see it that way. The United Nations has called forced mental health treatment a human rights abuse and asked countries to ban it.

Like Winston, Krebs wanted people to be fully informed before deciding to call 988. That’s why she wrote on Twitter that 988 can and will “send police if they deem it necessary.”

That can be dangerous, she said, given that 1 in 5 fatal police shootings in 2019 involved a person with mental illness. Some years, the share has been even higher.

What Does 988 Say About How It Handles Crisis Situations?

Officials from 988 say they recognize the risks of having law enforcement officers involved in mental health emergencies. That’s why 988 was created as an alternative to 911, said John Draper, executive director of the hotline and a vice president at Vibrant Emotional Health, the company tasked with administering it.

“We know the best way for a person to remain safe from harm is for them to be empowered and to choose to be safe from harm,” Draper said. Dispatching police is a last resort, he said.

Counselors who answer the phones or respond to texts and online chats for 988 are supposed to be trained to actively listen, discuss the callers’ concerns and wishes, and collaborate with them to find solutions. Most calls about suicide are de-escalated without law enforcement, Draper said. Instead, counselors talk through people’s reasons for dying and reasons for living; have callers connect with supportive family, friends, religious leaders, or others in their community; refer callers to outpatient treatment; or set up follow-up calls with 988.

Only when the caller cannot or will not collaborate on a safety plan and the counselor feels the caller will harm themselves imminently should emergency services be called, according to the hotline’s policy.

At that point, Draper said, “we have the choice of just letting [harm] happen or doing whatever we can to keep them safe.”

In previous years, before the 988 number launched, emergency services were dispatched in 2% of the hotline’s interactions, the service reported. With about 2.4 million calls a year, that means emergency services were initiated for roughly 48,000 calls. Those services can be mobile crisis teams, consisting of people trained in mental health and de-escalation, but in many rural and suburban communities, it is often police.

Contrary to some information circulating on social media, 988 cannot geolocate callers, Draper said. When emergency services are called, 988 call centers share with 911 operators information they have about the location of the person who contacted the hotline — typically a caller’s phone number, with area code, or a chat user’s IP address — to help first responders find the individual.

Starting this fall, Draper said, 988 will update its policies to require supervisors to review all calls that result in the use of emergency services. Counselors for 988 nationwide will also receive additional training on the alternatives to involving law enforcement and the consequences callers can face when police respond.

We know it’s not satisfying, but the honest answer is: It depends.

The 988 hotline is the nation’s most comprehensive mental health crisis service and can provide crucial help to those in emotional distress. If you’re thinking about suicide but not taking steps to act on it, 988 is unlikely to call law enforcement without your consent. Instead, 988 counselors can provide resources, referrals, and a kind ear. However, if you’re at imminent risk and could act on a plan to kill yourself, police may be called, and you could be taken to a hospital involuntarily.

Sonyia Richardson, a licensed clinical social worker who owns a counseling agency that serves mostly Black and brown clients in Charlotte, North Carolina, said she didn’t immediately tell her clients about 988 when it launched. Even though she’s a member of her state’s 988 planning committee, she said she needed time to develop trust in the service herself. When she learned at a recent committee meeting that fewer than 5% of 988 calls in North Carolina led to a law enforcement response, she felt reassured.

“There are going to be issues perhaps with 988, but it might be one of the safer options for us,” Richardson said. With suicide rates increasing among Black Americans, the community needs more ways to save lives, she added.

Although the U.S. doesn’t have a national, government-run mental health hotline that pledges not to call police without callers’ consent, several alternatives that are smaller than 988 aim to decrease law enforcement involvement.

“Warm” lines are one option. They’re typically staffed by “peers,” people who have experienced mental health challenges. They focus less on crisis intervention and more on emotional support to prevent crises. You can find a directory of warm lines by state here.

Below are other hotlines and resources. This is not a comprehensive list, and some resources may limit their services geographically.

Social Psychiatry and Psychiatric Epidemiology, “Investigating the Impact of Involuntary Psychiatric Hospitalization on Youth and Young Adult Trust and Help-Seeking in Pathways to Care,” March 9, 2021